I’m a senior studying broadcast journalism and minoring in French at Boston University’s College of Communication. I’m originally from a suburb of Philadelphia, as is a bulk of my extended family so moving was originally a little tough, but I absolutely love the city of Boston. I have a younger brother who just started his sophomore year at Penn State studying agricultural business.
I’ve been involved with Inside Boston, the news magazine show for BUTV since freshman year, and have also recently started interning at Boston Neighborhood News as the Allston/Brighton Correspondent. In the past, I’ve interned in the digital media department at CBS Boston (WBZ-TV) and production coverage at NBC News.  On campus, I’m involved in Delta Gamma, serving as the Vice President and volunteering extensively with our philanthropy, Service for Sight.
As for social media, I use Facebook, Twitter, LinkedIn and Instagram daily and have experience running the Facebook, Twitter and LinkedIn for a recent medical startup program that I interned with in summer 2014. I also run a WordPress site to keep track of the video packages I’ve done throughout my time at BU.
I swam and played softball in high school, but since coming to college I’ve found fitness as an excellent stress reliever so I’m very interested in fitness and nutrition. I’m currently training for my third half marathon and volunteer as a sighted running guide for middle school students through Mass Association for Blind/Visually Impaired.

I’ve also played viola, piano, and sang for my whole life – which sadly is harder to find time for with school lately – but I still enjoy it and love covering stories on musical events or festivals, as well as any stories that allow me to explore the city. 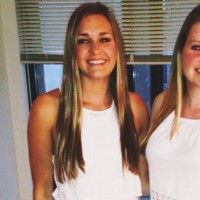 Me, Myself, and I

Covering anything newsworthy, whatever that means.